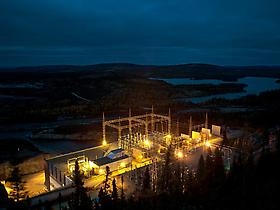 A conversation between artist Thomas Kneubühler and filmmaker Ernest Webb, who explore housing and human migration in a small town on the eastern shore of James Bay. The conversation will be moderated by Alessandra Ponte. Taking the hydroelectric installations in Northern Quebec as his cue, Kneubühler documents how the generation of power touches the land and by extension people’s lives, charting a wider topography of human relations. In Under Currents, he contrasts the flows of rivers and electricity with the movement of both Aboriginals and migrant workers.

Ernest Webb’s Down the Mighty River series portrays the Rupert River just before its destruction for hydroelectricity, shedding light on the cultural and environmental impacts of the project on areas including Webb’s hometown, Chisasibi. Their inquiry into the specific pressure that the search for new sources of energy places on relations between men and to their environment prefigures a wider debate on urban growth and the meaning of progress.

Learning From… Chisasibi is part of a sequence of lectures called Learning from… Boomtowns, part of the wider Learning From… series which takes its title from Learning From Las Vegas (1972), Robert Venturi, Denise Scott Brown and Steven Izenour’s influential publication. In this spirit, the series brings together experts to explore specific urban conditions and their relevance to the future development of cities.