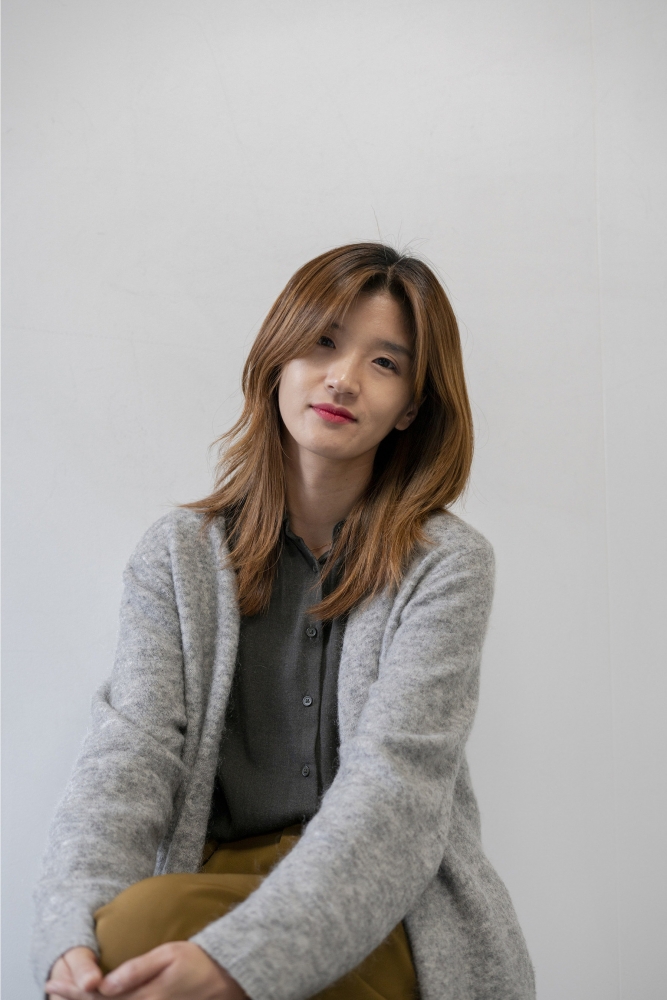 PATRICK MIKHAIL GALLERY is proud to announce JINYOUNG KIM has been selected the winner of the 2019 Lynne Cohen Prize / Prix Lynne Cohen.

The $10,000 biennial award is presented by the Estate of Lynne Cohen in collaboration with the Musée national des beaux-arts du Québec (MNBAQ) and its Foundation. The award seeks to support the practice of emerging Québec professional artists in the visual arts with an emphasis on photography.

"I'm delighted to learn that Jinyoung Kim will be the second recipient of the Prix Lynne-Cohen. I am certain that Lynne would be delighted. Jinyoung Kim's striking approach would have delighted her since, even if her photographs differ from her work, the same spirit invests them. I am indeed impressed with her Objects on the Rooftop and Jugong Apartment. Like the photographs of Lynne Cohen, they offer narratives suffused with mystery,” enthusiastically noted Andrew Lugg of the Estate of Lynne Cohen.  “Moreover, Jinyoung Kim's compositions appear to be self-contained. Her photography and video creations unquestionably deserve sustained attention. They are imbued with calm and modesty and reveal themselves through patient observation. What more can we ask?"

Eve-Lyne Beaudry, Curator of Contemporary Art at the MNBAQ, assembled a jury that included: Georges Azzaria, Director of the École d'art de l'Université Laval; Ève Cadieux, visual artist, exhibition curator, and lecturer in art history and the visual arts; France Choinière, Director of Dazibao in Montréal; and Diane Charbonneau, former curator of modern and contemporary decorative arts and photography at the Montreal Museum of Fine Arts.

To highlight the artist's work, the MNBAQ has produced a video portrait of Jinyoung Kim.

Lynne Cohen is one of the most respected contemporary photographers in Canada. Throughout her rich, diverse career, she devoted herself to the photography of interior spaces.  Her work is found in nearly 50 public collections, including those of the National Gallery of Canada, the Australian Art Gallery, the Bibliothèque nationale de France, the Art Institute of Chicago, the Metropolitan Museum in New York, the Art Gallery of Ontario, and the Musée national des beaux-arts du Québec. She received a number of distinctions during her prolific career, including the Governor General's Award, the highest distinction granted for excellence in the visual arts and the media arts, and the first Scotiabank Photography Award, which highlighted the artist's outstanding contribution both to the advancement of her discipline and to raising its profile.

Jinyoung Kim uses time-based media to create her works.  Her photographs and videos combine documentary and fiction in order to form metaphoric narratives that deal with questions of identity, sense of belonging, and the relationship between place and self-perception. Born in South Korea and raised in Canada, Kim’s work reflects on her own experience of having to grow roots in both places.  She continues to look for stories in her life and other's lives as an ongoing investigation into how a sense of place relates to the formation of one's identity. Kim renders personal narratives into poetic vision forming symbolic and metaphoric visual condensations.  Her images and videos resonate with everyday experiences, imbuing them with meaning through appropriation into different contexts and staging gestures in front of the camera. Jinyoung Kim holds a BFA from OCAD University in Toronto, and received her MFA from Concordia University in Montréal.  She has exhibited her work during Momenta—Biennale de l’image 2017, at Volta Basel 2018, Papier 18, Papier 19, VENDU—SOLD, and at galleries across Canada including: Leonard & Bina Ellen Art Gallery; VU Photo in Quebec City; Gallery 101 in Ottawa; Maison de la Culture Frontenac in Montréal; Montréal’s Espace Cercle Carré; and internationally at the Focus Photography Festival in Mumbai, India.  Kim was a finalist in the 2018 Prix Pierre-Ayot and was shortlisted for the 2014 Claudine and Stephen Bronfman Award in Contemporary Art.  She also received the Roloff Benny Foundation Fellowship in Photography.  Her work has appeared in ESSE magazine, Vie des arts, La Presse, and Le Devoir.  Kim’s work can be found in the collections of the Ville de Montréal, Hydro Québec, and in numerous private collections.

We join Ms. Kim is expressing our sincere thanks to the Estate of Lynne Cohen, the MNBAQ, and the jurors for their recognition of her professional practice.

Jinyoung Kim appears in the current exhibition Structures of Power at Patrick Mikhail Gallery in Montreal, until January 4, 2020.


* Produced and reprinted with permission from MNBAQ files.

View More
Back To Top