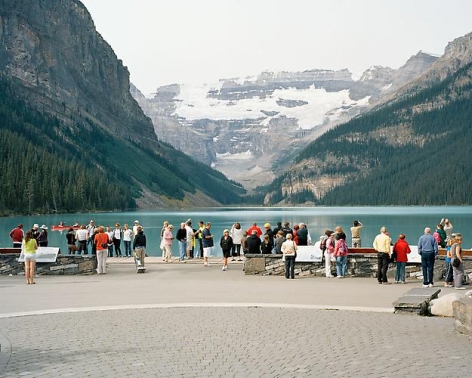 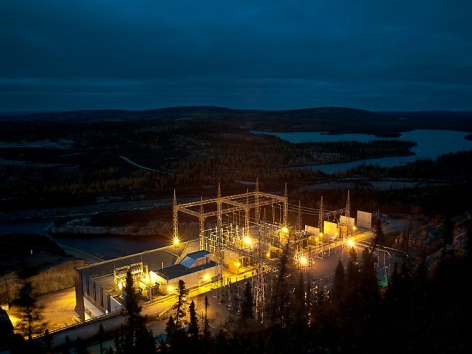 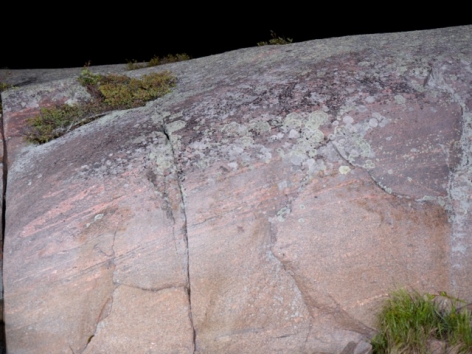 
PATRICK MIKHAIL GALLERY is pleased to present VIEW, an exhibition of new works by three of the gallery’s most accomplished photo-based artists: JESSICA AUER, THOMAS KNEUBÜHLER, and ANDREW WRIGHT.

The exhibition brings together works on view this year in museums and cultural institutions in Quebec City, Paris, and Toronto. VIEW provides a unique survey of their respective professional practices, as well as an opportunity to experience each artist’s unique point of view in relation to the contemporary Canadian landscape.

>> Thomas Kneubühler presents works from his Under Currents, Electric Mountains, and Office 2000 series on view this year in the exhibition entitled “AU MILIEU DE NULLE PART” as part of Mois de la photo a Paris at Canada’s Centre culturel Canadien in Paris.

JESSICA AUER
Jessica Auer is a documentary-style landscape photographer from Montreal. Drawing inspiration from history and archeology, her work is largely concerned with the study of cultural sites. From the beaten track to the frontier, Auer explores places where history and mythology are woven into the landscape, and where contemporary landscape issues emerge. Taking on the role of observer-participant, her photographs present narratives that incite the viewer to engage with place using their imagination, as well as look at the practice of sightseeing from a critical perspective.

Auer received her MFA in Studio Arts from Concordia University in 2007 and is the recipient of several grants and awards such as the W.B. Bruce European Fine Art Travel Fellowship and the Roloff Beny Prize. Her work has been exhibited in Canada and the United States and is held in various private and public collections, including the Musée des Beaux Arts du Québec and the Canada Council Art Bank. She is a co-founder of Galerie Les Territoires in Montreal and was an Assistant Professor in Studio Arts at Concordia University.

THOMAS KNEUBÜHLER
Thomas Kneubühler’s work often deals with social issues and how technology is affecting people's lives. Whether it’s the ambiguous boundaries of public and private spaces, the all-pervasive spectre of security surveillance, or even the radiant, if dehumanizing, beauty of cityscapes, Kneubühler's professional practice “tellingly identifies the co-existing insecurities, uncertainties, and subtle pleasures embedded in the structures of modern life.”

Kneubühler has presented his works in numerous exhibitions in Europe and North America. Recent exhibitions include, “Au milieu de nulle part” at the Centre Culturel Canadien in Paris as part of Mois de la Photo à Paris; “BABEL,” at Botanique at Brussels’ Palais des Beaux-Arts de Lille; and “Streulicht” at Ausstellungsraum Klingental in Basel, Switzerland. In 2011, he was awarded the Pratt & Whitney Canada Prize of the Conseil des arts de Montréal, and in June 2012 was a winner at the Swiss Arts Awards 2012 as part of Art Basel week. His work can be found in the collections of Basler Kunstkredit; Canada Council Art Bank; Canton of Solothurn, Collection prêt d'oeuvres d'art, Musée National des Beaux-Arts du Québec; Concordia University; Conseil des Arts de Montréal; Foreign Affairs and International Trade Canada; Kunstsammlung Basel-Landschaft; and Royal Bank of Canada. He has a Master's degree in Studio Arts from Montreal’s Concordia University

ANDREW WRIGHT
Andrew Wright’s artistic practice is multifarious and is characterized by breadth as much as it is by depth. Central to his inquiries are lens-based technologies and photographic techniques. His work functions as a series of visual inquiries at the heart of a practice that is exploratory and experimental. With interests in perception, photographic structures and technologies, and the ways we relate to an essentially mediated and primarily visual world, Wright employs simple phenomena to reinterpret, reinvestigate, and re-present.

Wright's work has appeared in exhibitions across Canada, Spain, Germany, the U.S., and the U.K. Essays, reviews, and illustrated discourses have appeared in publications such as Canadian Art, Border Crossings, PREFIX PHOTO, The National Post, and the Globe and Mail. His works are in private and corporate collections, as well as in the collections of the Canada Council Art Bank, Kitchener-Waterloo Art Gallery, Ernst & Young, Royal Bank of Canada, and Museums London. He has been nominated for the Sobey Art Award five times and was a semi-finalist in 2007. He has a Masters of Fine Arts, Concentration in Sculpture, Photography and Installation, from the University of Windsor; an Honours Bachelor of Art, Visual Art and Art History, from the University of Toronto; and a Diploma in Studio Art, from Sheridan College. He is currently an Assistant Professor in the Department of Visual Arts at the University of Ottawa.