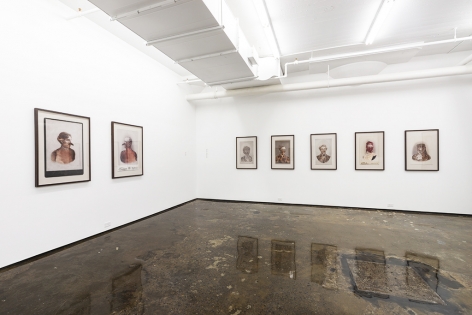 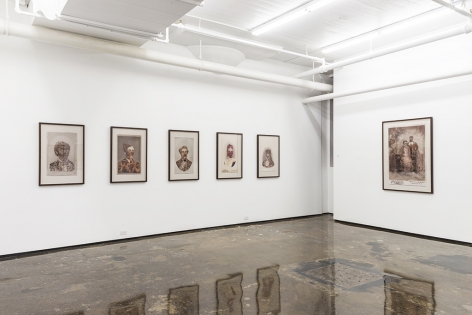 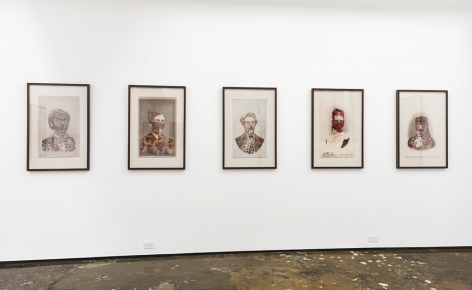 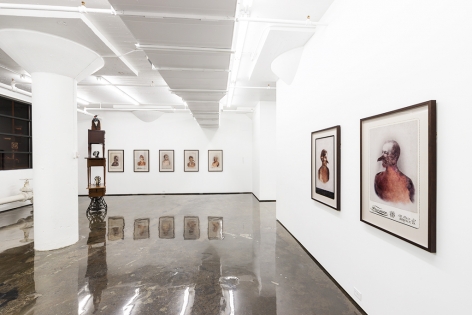 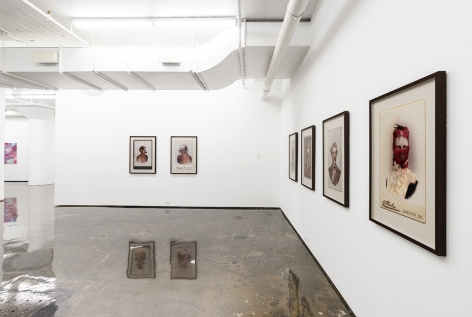 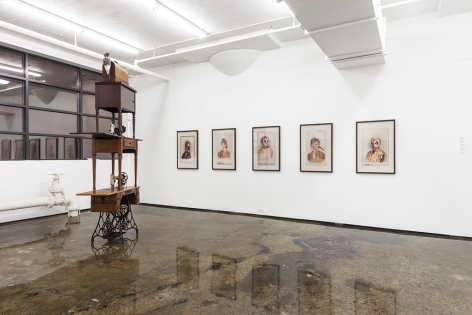 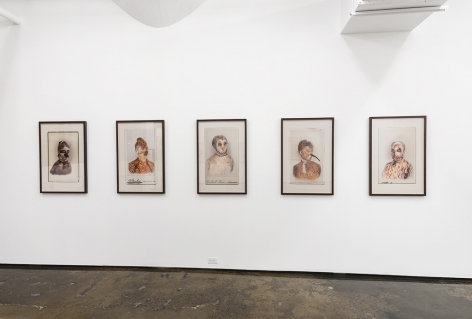 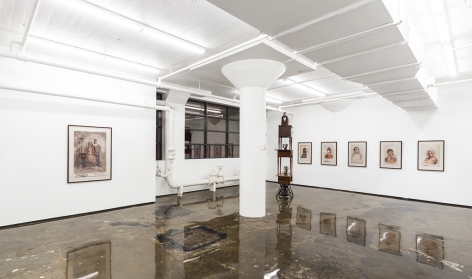 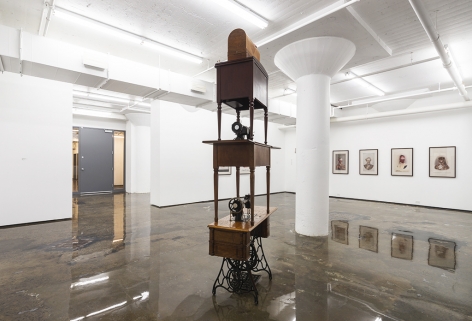 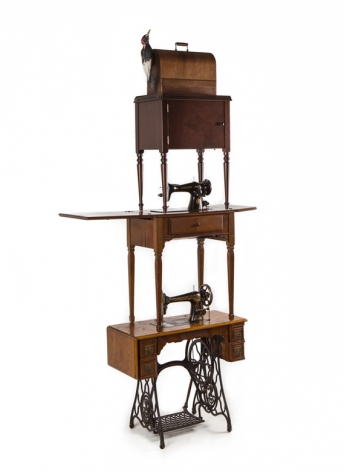 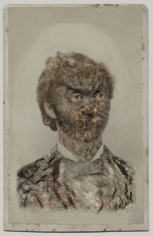 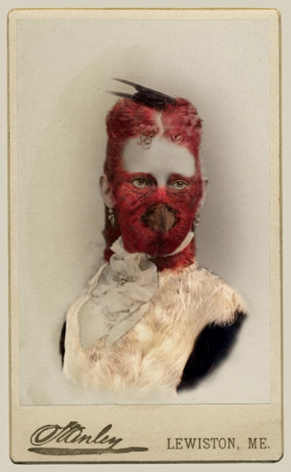 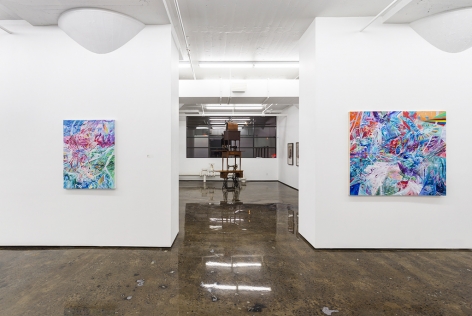 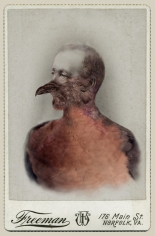 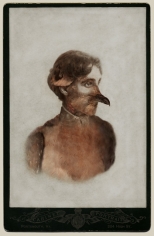 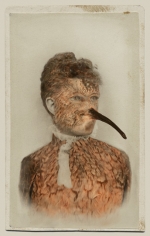 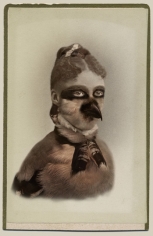 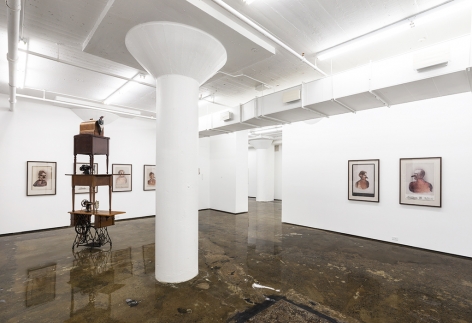 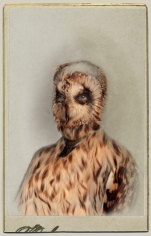 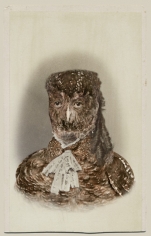 As part of its programming during Le mois de la photo à Montréal, PATRICK MIKHAIL is pleased to present TAKING FLIGHT, an exhibition of new sculptures and photo-based works by Toronto artist SARA ANGELUCCI.  In Angelucci’s first solo exhibition at Patrick Mikhail Gallery in Montréal, the artist presents works from her acclaimed Aviary series, as well as The Ivory-billed Woodpecker and Singer, a new project that features innovative 3D-printed sculptures that continue to investigate Angelucci’s interest in the social, technological, and scientific histories that exist outside the frame of the image.

Angelucci is a Toronto-based artist working in photography, video, and audio. Her work explores vernacular photographs and films, analyzing the original context in which images are made. Drawing attention to conventions of image making, her work foregrounds the cultural role vernacular images play in framing particular stories, creating histories, and memorialization. Angelucci’s work has developed from an examination of the family archive and immigration, to a broader analysis and interpretation of anonymous/found photographs. In recent photography, video, and audio projects, Angelucci draws from the history of photography, as well as natural and social histories, transforming found images and repositioning them within the broader cultural context from which they emerge.

AVIARY
Aviaries, like photographs, sprang forth in the nineteenth century, a time of keen interest in science, unprecedented colonial expansion, and a rapacious appetite for collecting. Shooting, a word associated with hunting, also lent itself perfectly to the idea of pointing a lens and capturing an image. The same colonial enterprise that drove the Victorians to expand their rule to a quarter of the world’s land and a fifth of its population, spurred a sense of callous entitlement over its creatures, hunted for sport and captured for the pleasure of entertainments. With an increasing desire for imported goods, there came too an avid demand for exotic birds, to be held in aviaries, or preserved by taxidermists.

The photographs in Aviary embody many themes of the nineteenth century. Born of the domestic realm, they express a conflation of interests where the family photo album, with its role of commemoration, is brought together with natural science and spiritual emanations. Made by combining photographs of endangered or extinct North American birds with anonymous nineteenth century cartes-de-visite portraits—they portray creatures about to become ghosts. Of the two extinct birds featured in the series, the plight of the passenger pigeon is particularly telling. Once the most numerous bird in North America, numbering in the billions, it was wiped out by 1914 through a combination of brutal over-hunting and habitat destruction.

THE IVORY-BILLED WOODPECKER AND SINGER
Using the newest photographic technology, 3-D printing Angelucci has constructed an exact replica of the extinct Ivory-billed Woodpecker whose story is forever linked to the American industrial giant, the Singer Sewing Machine Company. The source for the 3-D scan was a taxidermy specimen from the Royal Ontario Museum. Interestingly, one of the first photographic images of a bird in nature, John Llewelyn’s image of a Heron, was made using a taxidermy specimen placed in an outdoor setting. The long exposure times required for these early large-format images and for 3D scanning require that the wild life not be wild. Of course in the case of the Ivory-bill this would be impossible.  The artist has paired these 3D-printed sculptures with vintage Singer sewing machines, ensuring the name of Singer and the sad fate of the Ivory-bills are forever linked.

Sara Angelucci completed her BA at the University of Guelph and her MFA at the Nova Scotia College of Art and Design. She has exhibited her photography across Canada including exhibitions at the Art Gallery of York University, Le Mois de la Photo à Montreal, Vu in Quebec City, the Toronto Photographers Workshop, the MacLaren Art Centre, the Art Gallery of Hamilton, the Richmond Art Gallery, and the St. Mary’s University Art Gallery in Halifax. Her work has been included in group shows in the US, Europe, and at the Pingyao Biennale in China. Her videos have been screened across Canada and abroad, at festivals in Europe, China, Australia and the U.S. She has participated in artist residencies at the Art Gallery of Ontario, NSCAD (Halifax), the Banff Centre, and at Biz-Art in Shanghai.

Angelucci is an Adjunct Professor in Photography at the School of Image Arts, Ryerson University.