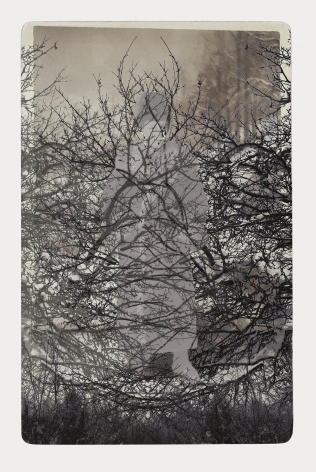 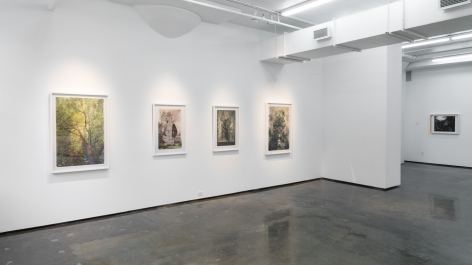 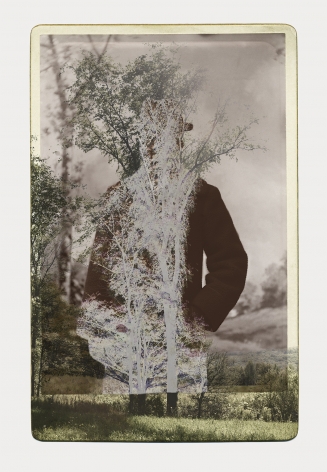 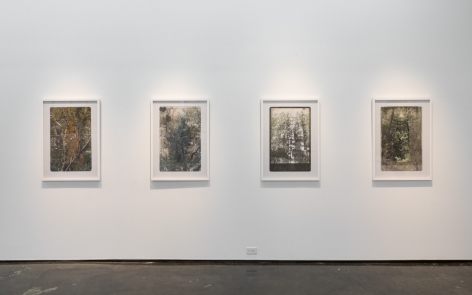 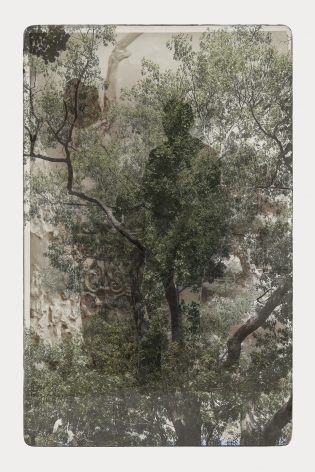 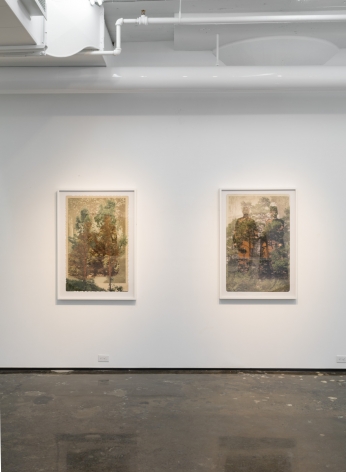 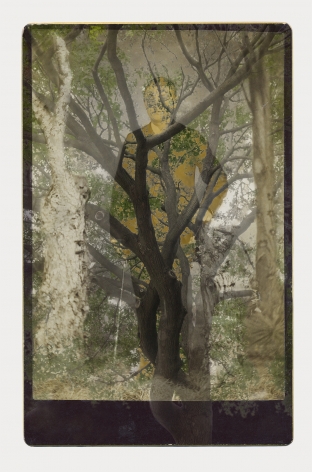 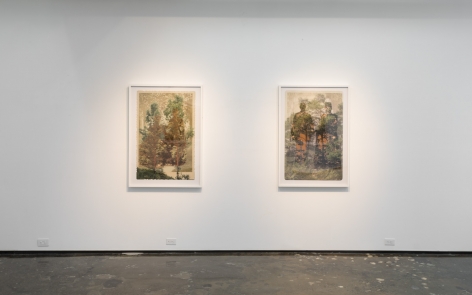 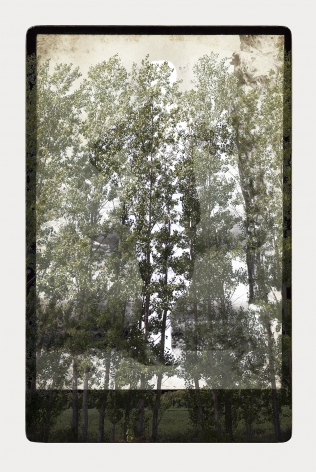 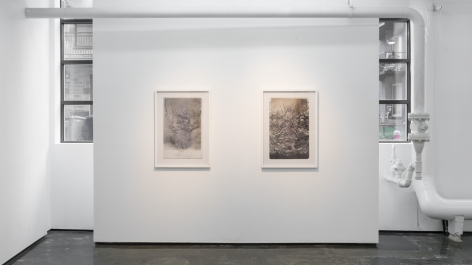 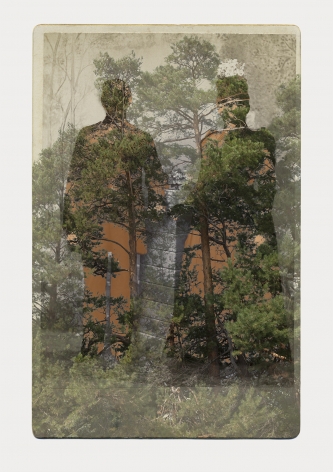 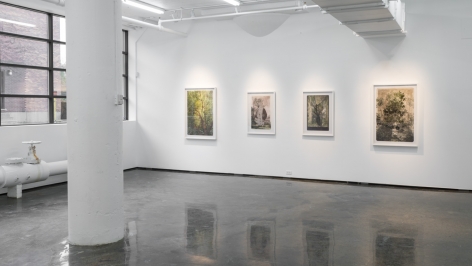 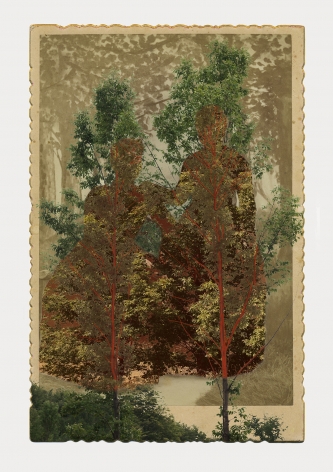 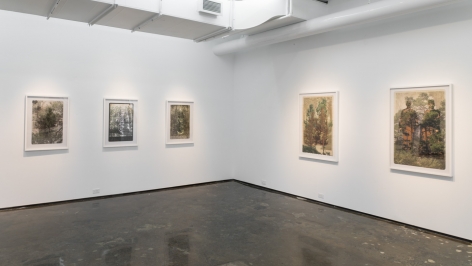 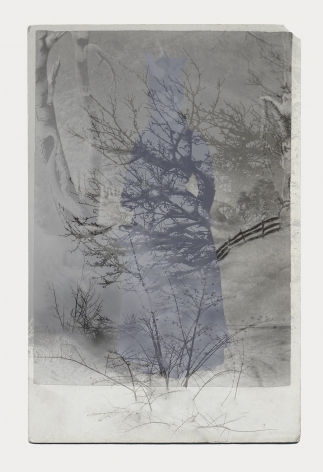 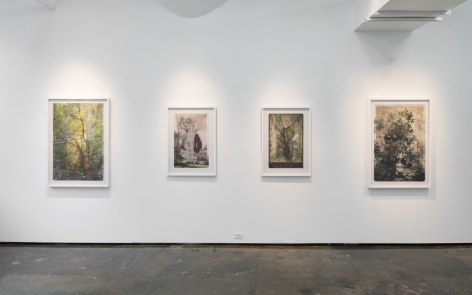 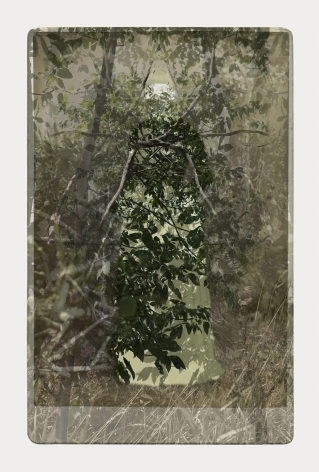 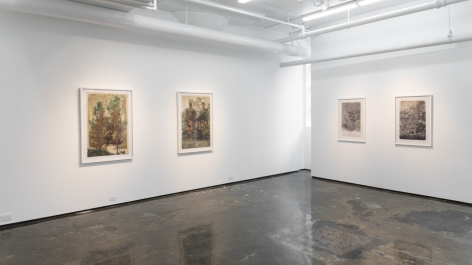 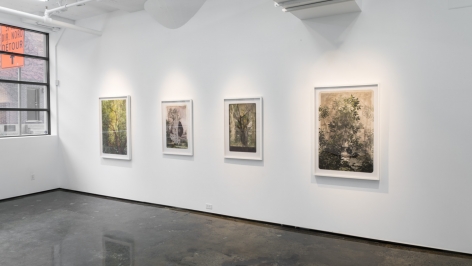 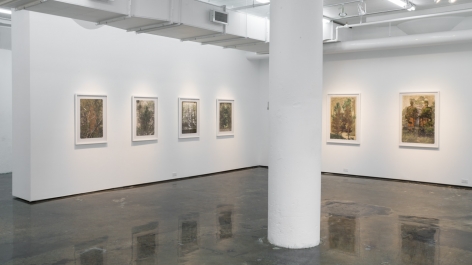 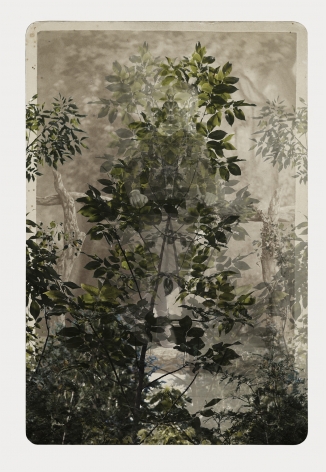 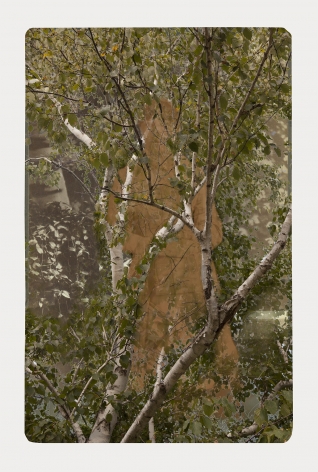 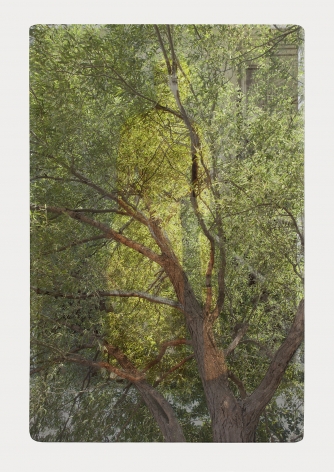 
PATRICK MIKHAIL GALLERY in Montréal is pleased to present ARBORETUM, a solo exhibition of new works by Toronto artist SARA ANGELUCCI.  In her latest work, Angelucci continues her exploration into vernacular photography by focusing on nineteenth-century landscape painting and the relationship between figure and ground.

The works in Arboretum feature found nineteenth-century cabinet cards whose painted landscapes and forest backdrops have been transformed to allow the trees to over-take the human figures. In so doing, the forest claims a position in the foreground of the picture, and as the main subject; the figure becomes the ground.

In addition, Angelucci discovered that recent scientific research is revealing that forests contain their own social and family networks that can “nurse sick neighbours, and warn each other of danger by sending electrical signals through a fungal network.” Arboretum gives visual presence to the notion of the tree as a complex being, extending the concept of the family album beyond the frame of photographic pictorial tradition. These pictures suggest a deeper consideration of not only the figure-ground relationship in photography, but also our position in relationship to nature.

Sara Angelucci is a Toronto-based artist working in photography, video, and audio. Her work explores vernacular photographs and films, analyzing the original context in which images are made. Drawing attention to conventions of image making, her work foregrounds the cultural role vernacular images play in framing particular stories, creating histories, and memorialization.  In recent photography, video, and audio projects, Angelucci draws from the history of photography, as well as natural and social histories, transforming found images and repositioning them within the broader cultural context from which they emerge. Angelucci earned a BA from the University of Guelph and an MFA from the Nova Scotia College of Art and Design. Her work has been exhibited across Canada including exhibitions at the Art Gallery of Ontario, Art Gallery of York University, Art Gallery of Hamilton, and Le mois de la photo in Montreal.  Her work has been included in group shows in the U.S., Europe (including the Centre culturel canadien in Paris and at Paris Photo), and at the Pingyao Biennale in China.